The evolution of Think Kindness began with a simple question from founder Brian Williams to his martial arts instructor, Tom Callos. At the time, Brian was living in Los Angeles and was looking for something outside of the typical suit and tie jobs that had, for so long, seemed like the only option for a future.

“I know I can inspire thousands of people but I just don’t know how. What would be the reason? How can I be one of those people who can say I did something that truly mattered?”

Mr. Callos response was simple, yet profound and was what would eventually inspire Brian to begin his journey to Think Kindness. He responded, “What if you could document one million acts of Kindness? What would that symbolize? What would be the impact?”

Though the execution of Think Kindness came to Brian several months later, Mr. Callos’ question was etched in his mind. One day, as Brian waited in line at a local bank in Newport Beach, he witnessed a simple act of Kindness that inspired him to begin changing the world.

A mother, with her son by her side, stood busily at the counter filling out her deposit slip before stepping in line – her head down and her personal belongings consuming the entire table. The clocked ticked as minutes went by and her fingers diligently worked on the calculator beside her. An elderly lady was approaching the door with her walker and an over-sized handbag over her right shoulder. The child, seeing the woman and without hesitation, ran to the door and opened it before the woman had the chance to even reach for the handle. As she thanked him, he simply smiled in return. As she passed through the walkway, he held the door open for several other people as they left the building.

Once this simple act of Kindness was finished, he ran back to his mother’s side without her even realizing he’d briefly disappeared. Yet, every teller, every customer and even the bankers sitting at their desks saw what the child had done. As Brian looked around the room, he saw an awe-inspiring disruption that sparked smiles on everyone’s faces. The child hadn’t acted because he was asked. He didn’t do it for recognition. He did it, simply, to be kind.

Kindness is one of the simplest and most basic fundamentals of life. It is something that is easily forgotten as we become inundated with the negativity that can sometimes fill our day-to-day lives. Sometimes, it takes something simple to make us realize how easy it is to change someone’s life.

It was this random act of Kindness that gave Brian an idea to rally thousands of youth to inspire change and it was then that Think Kindness was born.

Kindness is one of the simplest and most basic fundamentals of life.Brian Williams 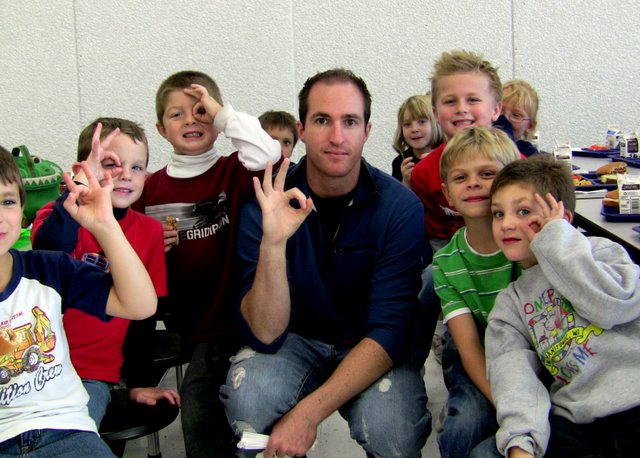 Brian quickly left Los Angeles and moved back to northern Nevada with his parents. With eight school teachers in his family, he had an instant peer group of which to bounce his ideas off. Within months, his first trial of the school program launched at Alyce Taylor Elementary School.

The concept was to challenge elementary school students to document 5,000 acts of Kindness in just two weeks. The aim wasn’t to just launch with a one-hour speech and be done. Brian wanted to create a lasting program that would generate quantifiable results, sparking action that would create habits. Kind habits.

The results were amazing. Students took to the streets to be claimed the ‘kindest’ classroom in their school. The competition seemed to take the challenge to a whole new level. Ideas began to develop in Brian’s mind and the concept for the ‘15 Days of Kindness’ challenge was born.

Since that time, Think Kindness has expanded far beyond northern Nevada into a national competition seeking ‘The Kindest School in the Country.’ Through the nation’s youth and dedicated community members, Think Kindness has raised tens of thousands of dollars for charities around the country, collected more than 250,000 shoes for children around the world and carried out global acts of Kindness through our outreach trips to Kenya and Ghana.